Happy Birthday Granny. It’s funny how I know it was my Grandmother’s birth date and that I now remember it every year. I didn’t when you were alive but now that it’s interwoven with my cancerversaries it’s become a significant day to me. It was the 16th October 2009 that I was told the pathology had identified a rare cancer and a day when the bottom fell out of my world…. but also a day where I felt that you, Granny, had been looking out for me and holding my hand. Thank you.

I’ve not updated a great deal on the website this year, partly as there has been little to write about anything ‘new’ about Phyllodes (for those of you who find this site looking for information); partly because there’s not been too much about my own health that has been newsworthy or that I’m willing to share; and mostly because I don’t know what to say.

The Conference has been put on hold following delays by the Charity Commission in our registration. These delays in turn meant that the financial year end for many corporate sponsors was missed and tens of thousands of funding lost as a result. It had been hoped to postpone the event – the structure, speakers and workshops being arranged and set up – however the venue, despite being given 7 months notice, would like an astronomic cancellation costs. Long story short but this sent the whole project into a spin and has, for the timebeing, been shelved. My decision was not taken lightly and there were a number of factors in this decision. The most important was that I was worried that we would raise more funds for the project which may end up in a corporate venue bank account rather than put toward the project itself! I was also aware that the 24/7 work on the project had been making me quite unwell and was undergoing a number of tests for a large part of 2011 to establish what was wrong with me – to date still inconclusive. I was also exhausted and feeling utterly battered and bruised by the experience. However the upsides were that I was being approached regularly to sit on a board or committee at local and national levels within cancerland and from where I may well be able to influence the very changes that the Conference would have been able to do, ie survivorship and patient empowerment. I also received some great feedback from a few UK cancer support charities to say that on the back of meetings with me, they had altered their programs for cancer patients and carers.

I am and have been devastated that the event is not going to happen – it was my baby; I know how much of a difference it would have made to attendees and others; it was addressing head-on issues that cancer survivors ask about all the time but we Brits aren’t great at answering; and also I’ve invested an enormous amount of my own money into it. However I do know that I made the right decision, for now.

I have, very recently, been approached by two parties, one a volunteer organisation and the other an NHS group. Both of them would like to utilise some or all of my conference structure, speakers and workshops in their own events and clinics. I’m looking forward to assisting them with their projects.

For me… I know that I need to spend some time on me. Some time looking at what I best need to do and how I do it. I know from my recent episode in the GP surgery and others that I’ve not told you about that I need to deal with some demons of my own. I’ve learnt a great deal in this process though. Not least about friends and family. I’ve also learnt that I need positive people in my life. 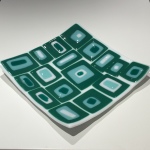 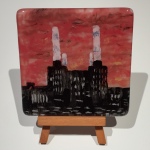 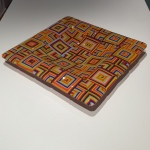 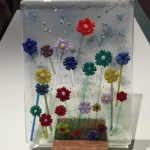 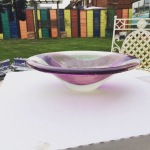